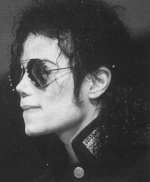 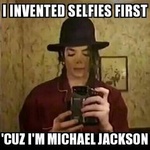 
Announcement From The Estate Of Michael Jackson
Posted: 09 Nov 2012 04:13 AM PST
The Estate wants Michael’s fans to know that a number of items that were in the possession of Michael Bush and Dennis Tompkins – currently part of the exhibition for Michael’s book, The King of Style: Dressing Michael Jackson – will NOT be sold in an upcoming December 2 auction.

Michael Bush agreed with the Estate that some of the most iconic pieces needed to be preserved as part of Michael’s legacy and, following the conclusion of the exhibition, they will be delivered to the Estate.

Bush made this announcement on his Facebook page yesterday:

“Friends, I have been profoundly touched by the outpouring of love and admiration for Michael Jackson that I have been able to witness during the launch of the book King of Style: Dressing Michael Jackson. The book features the many fashions of Michael Jackson that I had the great pleasure of working on or creating during my almost 25 years of working with the greatest entertainer of all time. Although some of the items that Dennis and I have collected over the years will be auctioned by Julien’s Auctions on Sunday, December 2nd at Julien’s Auctions in Beverly Hills, I have decided to gift several of the costumes originally marked for auction to the Estate of Michael Jackson so that they can be preserved by the Estate as part of Michael’s legacy for many years to come. I recognize the historical significance of these costumes and even though some of them were personalized and gifted to me by Michael Jackson, I have been fortunate to have the opportunity to share these items with the fans with the recent exhibitions and some of the items are to be part of the permanent collection of the Estate.” - Michael Bush, fashion designer and author of The King of Style: Dressing Michael Jackson.